Explore the Dungeon in the World of Warcraft

This week, we’re excited to announce the launch of our newest content partnership: The World of Warcraft: Explore the Dungeon series. This brand new series will bring you inside some of the most memorable dungeons in World of Warcraft history. Visit the notorious Blackrock Depths, explore Undermine, and discover the secrets of the Silver Enclave. You’ll be able to watch the first episode of this series, Explore the Dungeon in the World of Warcraft, on Twitch TV beginning on Thursday, November 1 at 7pm PST. We’ll also be streaming the series on Facebook starting November 1st at 5pm PST.

Ever wonder what it would be like to explore the dungeons of the World of Warcraft? Whether you are a player, a Dungeon Master, or an avid fan of Blizzard Entertainment’s popular MMO title, the answer is here: https://www.silicon-insider.com/en/features/dungeon-explorer-dungeon-tech-interview-blizzard/

World of Warcraft is a massively multiplayer online RPG, or MMORPG for short. This is a genre of games that are played by millions of people from around the world. Players start as ordinary humans who must work together to vanquish an evil force intent on destroying the world. If you’re starting out in a new MMORPG like World of Warcraft, there are many things you need to know. Did you know you can use your smartphone to get in-game hints?

World of Warcraft has a lot to offer, but for most players, the bulk of the content consists of WoW dungeons, balancing high-level gameplay with accessibility for a wide player base. Dungeons often contain the most challenging yet useful content in World of Warcraft, and are ideal for casual players looking to invest a weekend or two in the game.

Dungeons in WoW are a special kind of game content, designed to be completed by a full group of 5 people. In the dungeons you will encounter elite monsters that are above average. Dungeons usually have multiple bosses, each with special abilities and immunities.

To queue for a specific dungeon, you can go there yourself, but usually you can use the Dungeon Finder tool to queue for any or all dungeons. Using the dungeon finder is the fastest way to find a group to complete a dungeon, but because you’re playing with random people, the group balance may not be respected or you may have trouble communicating.

The dungeon finder is quick and handy, but for more complex dungeons like Mythic and Mythic+ it’s best to organize your own group of friends or get Mythic 15 carriers, as random generators can be very unreliable.

Dungeons are an average level of WoW. More complex and time consuming than quests, but not as difficult as raids. The difficulty of the dungeons also varies, which increases the value of the possible rewards for completing them.

In Heroic mode, all monsters and bosses have more HP, deal more damage with every attack, and have access to more powerful abilities that affect you and your team.

Mythic+ dungeons are designed to provide the strongest players with an endless, large-scale challenge. For completing these dungeons, you are rewarded with epic high-level gear that is better than anything you can get in the game from non-raid sources. Each time you complete a Mythic+ dungeon, you advance to the next Myhtin+ level, where the enemies in the dungeon do more damage and have more health.

The more you can improve your skills and those of your group, the more useful high-level loot you will get. At Mythic+ levels 2, 4, 7, and 10, dungeons get affixes that change weekly, changing the stats and behavior of monsters and bosses in the dungeon, increasing the difficulty, unpredictability, and replayability. Each week, players will also receive a guaranteed loot item based on their performance in the previous week’s Mythic+ dungeon.

At the beginning of a dungeon, your group gets 1 charge. Your group will receive an additional charge every 10 minutes, up to a maximum of 5 charges.

Burden of the applicant

After completing a Mythic+ level dungeon, players gain the Deflector’s Burden demuff, which punishes your team by subtracting 5 seconds from the dungeon end timer each time a player dies. This can make completing a dungeon in a given time much more profitable and make deadly runs a viable strategy. Here the party runs in front of the enemies until they die and can be reanimated in another place, as it can take much longer to destroy the same number of enemies.

This weakening is also used to indicate whether the party is ready for Mythic+ dungeons. If you die too many times, your time will run out before you complete the dungeon. If you and your group lose too much time in Mythic+ dungeons due to deaths, consider returning later with better equipment to increase your chances of success.

You can bypass the instance lock on Heroic difficulty by first going to the dungeon itself and completing it, and then randomly completing the same dungeon via the dungeon quest.The latest expansion, Battle for Azeroth, is upon us, and in this article I’ll help you make sense of the new dungeons, new dungeons, and new raids.. Read more about shadowlands dungeons level requirements and let us know what you think.

Does World of Warcraft have dungeons?

‘World of Warcraft: The Burning Crusade’ is the third installment of the massively popular massively multiplayer online role-playing game. In the game, players create humanoid characters, called “warriors”, who travel from one section of the game’s expansive world to another, battling creatures known as “monsters.” When players reach certain levels, the game’s designers create new game-related content for the player to explore, such as dungeons and other game-related areas. The newest feature in World of Warcraft’s latest expansion, Legion, is the addition of dungeons. These new dungeons provide a level of challenge that’s never been seen before. Dungeons are experience based challenges that take anywhere from minutes to dozens of hours to complete, and the end rewards are worth it. While dungeons are only available in World of Warcraft for the PC version of the game, they’re also available to players of the recently released mobile version. And yes, you can play them on Xbox One (soon).

When can you start dungeons Shadowlands?

The World of Warcraft MMORPG is a game where you don’t have to wait for your class to level up before you start to explore the dungeons in the game. In fact, every Warrior or Paladin class can start exploring dungeons at level 1. This means you can start playing the game at level 1 and have the possibility of becoming the most powerful class in the game. Dungeons are one of the most popular game modes in World of Warcraft, where players group up with others to kill monsters and collect loot in an attempt to kill the last boss. A recent patch introduced a new game mode called Shadowlands, in which players must defend a special resource called ichor from invading creatures. In this article, we’ll show you how to play Shadowlands and defeat the bosses that guard it, in order to claim your place in the Hall of Grand Champions.

What level can you do dungeons in WoW?

Dungeons is the first level of a “classic” World of Warcraft dungeon, and it’s a pretty short experience. It’s also the lowest level you’ll ever reach in the game. So what’s the point, you ask? Well, it’s a great chance to test your gear against the “boss” of the dungeon. The theory behind testing your gear in a dungeon is that if you can beat the boss of this dungeon, you probably can’t run into any trouble with the boss of the next dungeon. As with all things in WoW, the dungeons are the best way to progress your character. If you’re like me, the only time you play WoW is to level and do dungeons. I’m an alchemist and I’ve found that there’s a great amount of freedom in playing with alchemy and selling my goods; I can play alchemist and do alchemy, and I’m in a great spot to do so, since the alchemy market is a huge part of the game. 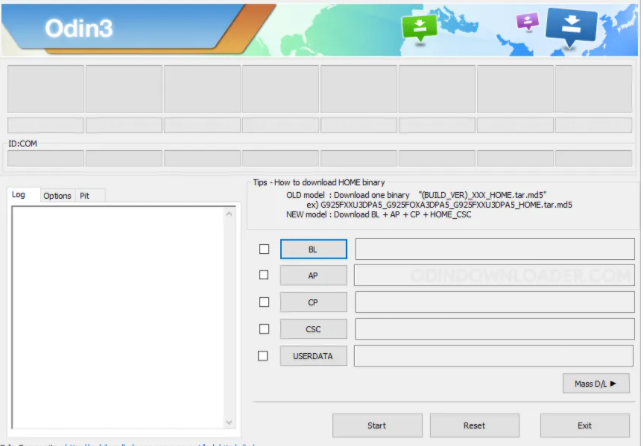