Android 11 is only available for a few Realme devices, and this open beta gives hope that the Realme 7 will soon be in the mix as well. However, if you want to experience Android 11 first, you can take this opportunity to beta test Android 11 on your phone. The Realme 7 is a mid-range phone from last year that came out directly with Android 10. And this will be the first major update for the device.

The Realme 7 is a decent choice for users on a tight budget, and in general we don’t see quick updates from devices in the same range. Few OEMs are releasing major updates for budget phones this early. And if you have the Realme 7, you’re in luck because you’ll be able to enjoy Android 11, where some flagship devices are still struggling to get the latest update.

If you want to try out the new open beta and have read the registration process, here are the steps to follow.

After application, just sit back and relax. Realme staff will review your request. If your application is selected, you will receive an Android 11 update based on Realme UI 2.0 on your Realme 7. Normally Realme offers OTAs on a first-come, first-served basis, so sign up now to get the new update.

If you have a wish, please leave it in the comments section. Also, share this article with your friends on social media.

How do I sign up for the Realme UI beta?

Will the Realme 7i get Android 11?

Which devices will have the Realme user interface?

Meanwhile, eight Realme phones are getting early access to the Realme UI 2.0 beta. Starting next month, the Realme X7 Pro devices will be added, followed by the Realme X7 and Realme C15 Qualcomm in May. June will be for the Realme X, Realme XT, Realme 3 Pro, Realme 5 Pro and Realme Narzo 20A. 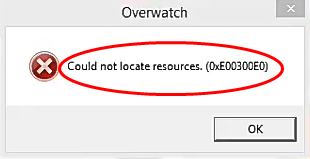