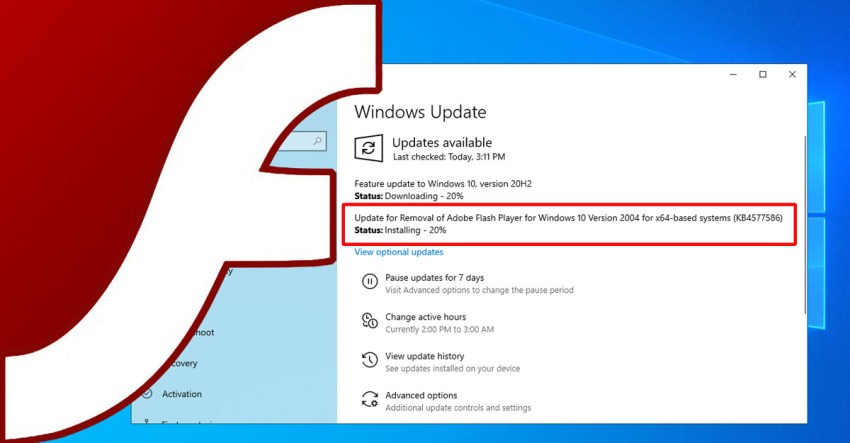 Microsoft is currently working on an update to remove Adobe Flash Player from the system. The update should be performed on machines running Windows 10 version 2004 and later to the latest version 20H2.

Adobe has officially removed “Flash Player” and discontinued its support on December 31, 2020. Therefore, users were urgently advised to remove Flash Player immediately to protect their systems. Therefore, Microsoft has taken its responsibility to the users. It released an update that automatically removes unwanted software.

On a Windows 10 machine, the update is listed under Settings > Windows Update as follows.

If you have already upgraded to the latest version, you may consider this a 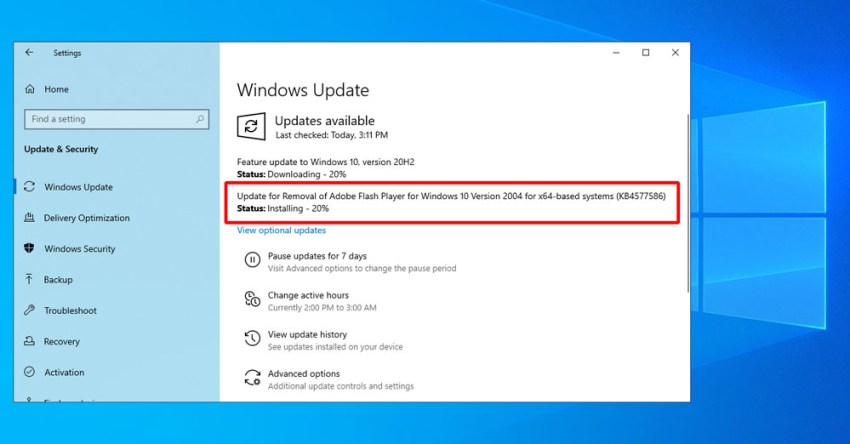 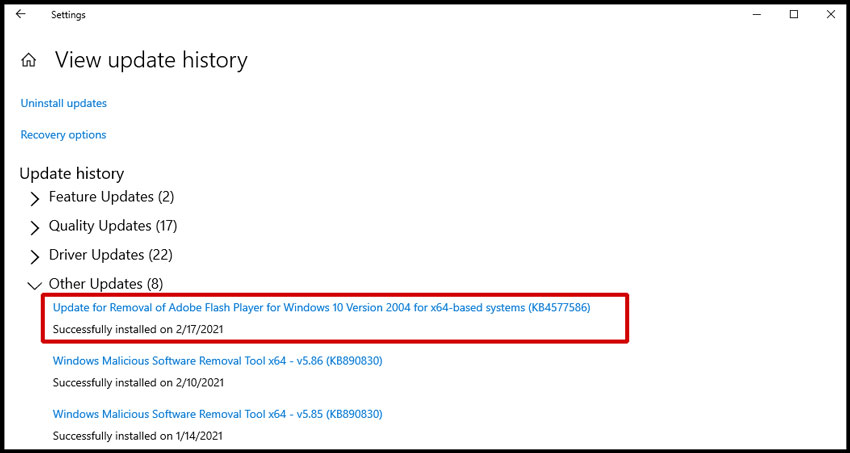 You should receive the update automatically if you have not already done so, and we recommend that you wait. However, you can download and install the update manually if you know the correct version from the Microsoft update catalog.

This update only removes the Flash Player that was installed by the Windows operating system with the previous update. It does not remove an instance of Flash Player that was manually installed by a third-party vendor. The version you download from a web browser, for example from adobe.com, is a third-party version and is not removed by this Windows update.

Unlike most Windows updates, this update is a permanent installation that cannot be uninstalled. This means that you cannot restore Flash Player after you uninstall it.

To remove a third-party version of Flash Player, go to Apps & Features in Windows 10. Look for the word “Flash”, if it appears, remove it. If it doesn’t appear, don’t worry because you never installed it.

Why is the Adobe Flash Player closed?

Adobe has decided to give up Flash because it has moved to HTML5 for its software and it is very expensive to support Flash.

Will the Flash Player still work after 2020?

The Flash player is integrated into Microsoft Edge in Windows 10. You do not need to install Flash Player. 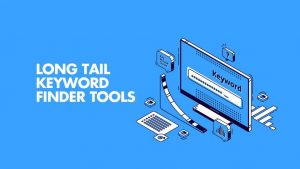 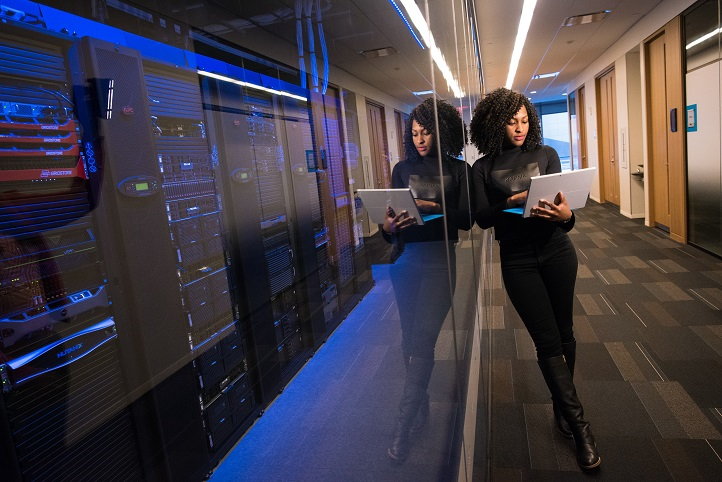 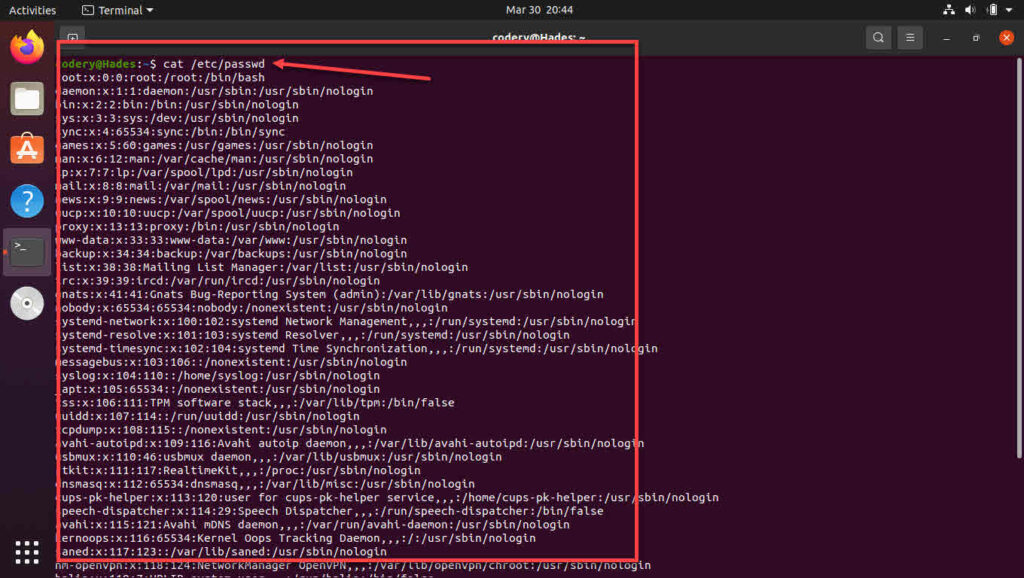 Read More
Keeping track of the users on your machine can make a big difference, especially if you are a…
Read More
0
0
0
0
0
0
0
0 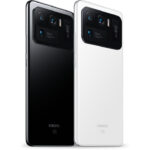